Bryn is a Fear Mythos writer who joined around May 2015.

Bryn's projects are often standalone stories like The Long Winter, but she also writes Sandbox Verse, Golden Age, and Atkins stories like Once Upon a Midnight Dreary, Storm Brewing, and At the End of the World. She also created the concept of the Nomadic Verse, although she has since left the community to work on other projects.

Bryn is mysteriously capable of shapeshifting into a snake, earning her the nickname "Noodle." (This is a joke. She has no notable or suspicious abilities, and should be regarded as a totally ordinary human being. No matter what you might see to the contrary.) Shan about to fight the Unforgivable

Shan being drowned by EAT 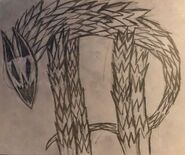 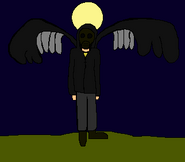 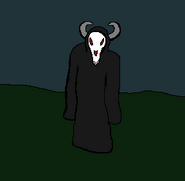 The Fears (EAT, the Plague Doctor, the Rake, the Slender Man, the Quiet, the Empty City, a Nightlander) 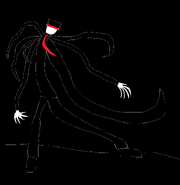 The Nomadic Verse symbol
Add a photo to this gallery
Retrieved from "https://thefearmythos.fandom.com/wiki/Bryn?oldid=75070"
Community content is available under CC-BY-SA unless otherwise noted.