The Fear Mythos Wiki
Register
Don't have an account?
Sign In
Advertisement
in: Characters, OH GOD THE RAPTURE IS BURNING

Jordan Dooling is the sixteen-year-old narrator and main protagonist of OH GOD THE RAPTURE IS BURNING. He fears many things, but he gets along with the Fears themselves very well.

He is based on a caricatural psyche of the author, and is played by himself in videos and audio.

Jordan fluctuates frequently between a cheerful acceptance of whatever world is around him and a problematic case of suicidal ideation exacerbated by his suppressed self-loathing. He displaces his feelings into the things around him, begging for affection and love from the women he meets and devoting himself excessively to submitting to them in attempts to win their attention. This gets him into a lot of trouble, but luckily he also regularly escapes trouble thanks to some factors in him he's still figuring out.

His personality is analyzed, deconstructed, and reconstructed throughout the logs, often reflected and juxtaposed by the Fears he meets. Over the course of the apocalypse, Jordan develops severe mental health problems, and his appearances in Tiresias's narrations detail his attempts to live with them and find peace. 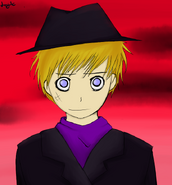 Jordan from the first half of the story, as drawn by Logic 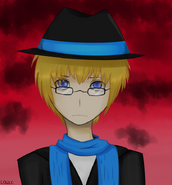 In later acts, drawn by Logic 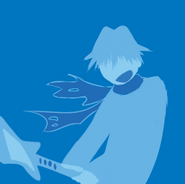 As drawn by Logic

As he appears in PUT THE SUN DOWN, drawn by Logic 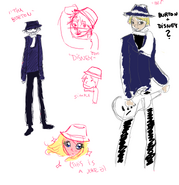 Concept art of Jordan in different styles, as drawn by Rappu 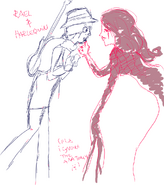 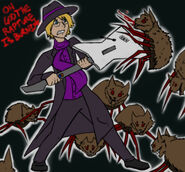 In PUT THE SUN DOWN, as rendered by penbrydd.

Chibi Anna and Jordan, as drawn by Tasha Elaine