The Fear Mythos Wiki
Register
Don't have an account?
Sign In
Advertisement
in: Verses, Alternate Reality Games, Nine is God,
and 2 more

View source
watch 01:36
We're Getting Mutants in the MCU - The Loop
Do you like this video?
Play Sound

Nine is God is an ARG created and run by DJay32 and alliterator, with significant help from The Visitor, Squeek/pullingoffmasks, Omega, CuteWithoutThe, and based on an idea by Lizard Bite. It was created for the third anniversary of The Fear Mythos, but will continue indefinitely until it is finished. So far, it's had art by Logic, The Visitor, and Wiratomkinder.

Its blogs and plot take place in the Verse of the same name, which this page will also represent.

Synopsis with as few spoilers as possible

Some Runners are on the run in Nigeria. A company named IBCC behaves strangely. Three SMSC members went underwater to examine an oil rig. The Fears infect the Fear Mythos community.

The Archive's website is discovered-- a Scribe succumbed to something ominous. Lilith strikes a conversation with the Fear Mythos. A cure for people's fears is discovered.

In Nine is God, players must scan websites and Fearblogs alike for any clues that might lead to puzzles, then they must attempt to solve those puzzles to find out whatever information is hidden from them. Players post their solutions in threads in a designated subforum of the Fear Mythos forum.

However, towards the end of the first movement, the Fears themselves became aware of the players and began infecting them. If a player is Marked by a Fear, they are sent a PM giving suggestions of how to behave (e.g. if a player is Marked by The Choir, they are advised to post as if they're hearing things differently from everyone else), but they are never told what Fear has Marked them, and posting that they are Marked is forbidden. Instead, they have to hope their peers can deduce their Fear for them. The Cure system is kept secret, though it works through PMs-- the gods are said to judge the player.

A death system is in place. Progression in the ARG depends on players being able to post in the designated subforum (or in any other location in a website that might be designated), and if a player "dies," they will be prohibited from posting, only able to watch. It is possible to fail this ARG. 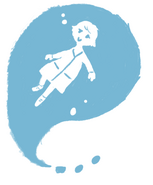 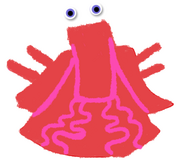 Clothes without a form (The Visitor)