PLAN 31 is the name of a series of blogs by DJay32 that crossover various stories of his with convoluted plots relating to greater Fear Mythos concepts. It mostly deals with the canons of Rapture, Topography Genera, and Fearblog of Fear (the latter being blended with the canon for DJay's childhood fanfiction) as their events collide with ascended inside jokes such as forum sockpuppets, Archangard and Magreat, and the McFear pantheon. There is a hub blog, accessible here.

CLOSE ENCOUNTER OF THE SOCK KIND

The first blog treated sockpuppet accounts as literal clone characters made of sock fabric. Its story had sock Doctor Cloud come to terms with his fakeness, a Jordan Dooling from an early rendition of a post-Rapture world excitedly jump into a new adventure, and an introduction to the circle of sockpuppet Fears. The bigger plot was never revealed as it was thwarted by metafictional means, but it was implied to be a conspiracy involving EAT.

This blog was edited in 2016 for consistency. 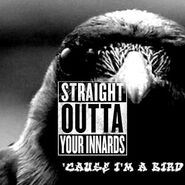 Add a photo to this gallery
Retrieved from "https://thefearmythos.fandom.com/wiki/PLAN_31?oldid=70764"
Community content is available under CC-BY-SA unless otherwise noted.