The Archangel is a portrayal of the Fear of Dying, religion, dogma, and the afterlife. It is from The Great Game Verse, where it is depicted as a twisted bastardization of the afterlife. Once a human being dies, their soul will become a part of The Archangel and will be tormented in its afterlife for all eternity. Joseph Steward believed that the only exception to becoming part of The Archangel after death was to be killed by a different Fear. This, he stated, would send you into nothingness instead.

The Archangel can also manifest as any dead person, but its favored form is as a figure in a gas mask. It will often assault humans for the purpose of increasing its supply of possible forms and has been known to use ordinary weapons to do so, especially long ranged ones. Why it chooses to do this when it has other methods is unknown. The Archangel has never been observed to speak, but has been know to communicate via writing. It writes all letters in lower-case with the exception of words referring to other Fears, wherein letters are capitalized.

Compared to the other Fears, the Archangel seems to take a much greater interest in The Great Game.

Its servants are the Timberwolves and Apostles.

The Archangel's domain is Bliss. 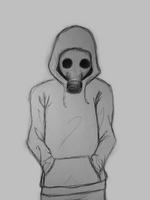 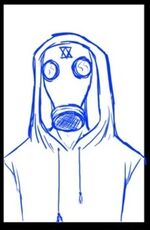 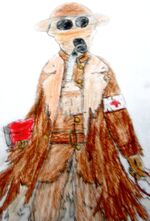 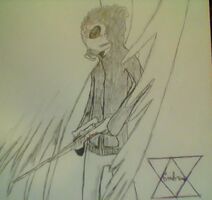 Artist: beast of blackwood
Add a photo to this gallery
Retrieved from "https://thefearmythos.fandom.com/wiki/The_Archangel?oldid=73119"
Community content is available under CC-BY-SA unless otherwise noted.