The Fear Mythos Wiki
Register
Don't have an account?
Sign In
Advertisement
in: The Fears, Outer Ideas, The Black Dog

“It was larger than I was. Solid black, it's fur felt greasy to the touch. It's eyes were black orbs surrounded by whites so bloodshot they looked red. It bit my face, scoring two lines under my eyes. That was it's mark on me.”
— "The Confession"

The Black Dog is the first portrayal of The Fear of Guilt, your secrets put out for all to see, and the dark truths that nobody should have to know. It commonly stalks, attacks, or kills those bearing large, well-kept secrets. The Black Dog has also been known to mark its victims with scars and bring them objects associated with their secrets, goading them into revealing it. It typically appears with a large, muscular body, pointed ears, an elongated snout, and black or red eyes. Other stories have depicted the Dog in a "ghostly" form, made of a black smoke. If the Black Dog is severely injured, it can absorb body parts from nearby humans and graft them to its body to heal itself.

The Black Dog sometimes acts as a herald or omen of other Fears, preparing humans for their imminent appearances. It is commonly used by them to sniff out secrets to use against their targets, either to severely damage the victim's psyche or to manipulate the victim for the purposes of The Great Game. 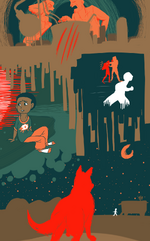 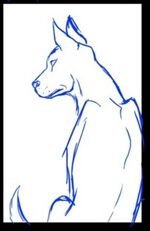 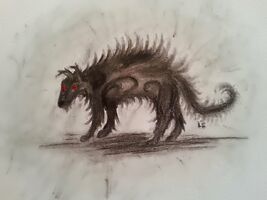 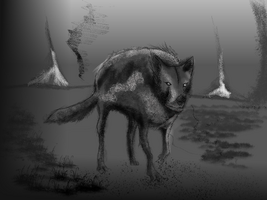