The Convocation is the first portrayal of the Fear of Nature, representing the fear of heights and being taken away. It is an eldritch mass of birds capable of performing many seemingly impossible feats, including the ability to literally nest inside of its victims bodies. Convocation flocks are also frequently described generating lightning in the air, hence why they are sometimes called "Spirits of the Storm." Crocodile Tears of Shaped Like Itself theorized that it was the lightning itself that was taking over the birds, turning them into a hive mind. Mysterious giant birds have also been sighted during large gatherings and are speculated to be the inspiration for legendary birds of prey such as the Thunderbirds and the Roc.

Their domain is the Bleak Shore. 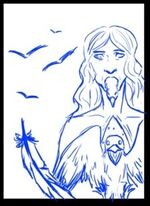 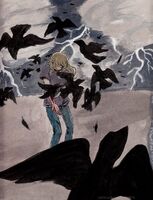 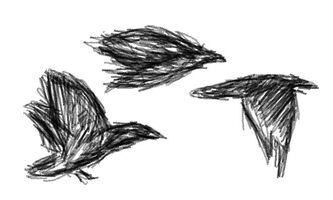 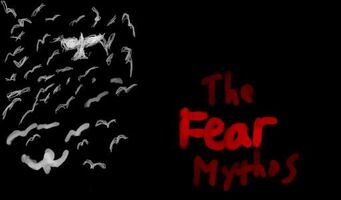 Artist: DJay32
Add a photo to this gallery
Retrieved from "https://thefearmythos.fandom.com/wiki/The_Convocation?oldid=73347"
Community content is available under CC-BY-SA unless otherwise noted.