The Fear Mythos Wiki
Register
Don't have an account?
Sign In
Advertisement
in: The Fears, The Glitch

The Glitch is a portrayal of The Fear of the Irrational, entropy, chaos, corruption, and madness. Very little is definitively known about this creature beyond the fact it was supposedly "broken" sometime in the distant past. An appearance by the Glitch is always accompanied by distortions or "glitches" in reality, such as people appearing with multiple limbs or eyes, with strange appendages, or localized time begins to break down, creating deja vu or jamais vu. These alterations usually cause targets to experience schizophrenia, epileptic seizures, sleep deprivation, and hallucinations. The Glitch does not possess a fixed form; when it appears, it imperfectly copies from what is around it. It has no clear motive beyond spreading chaos wherever it goes.

Its has several human worshipers, the most infamous of which are The Offscouring, a cult that despises order and normality.

The name of its domain is currently unknown. 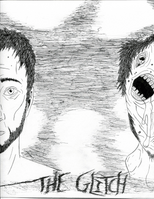 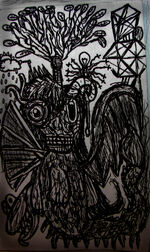 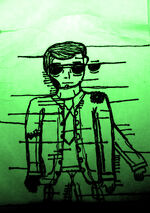