The Fear Mythos Wiki
Register
Don't have an account?
Sign In
Advertisement
in: Verses, The Runner Verse

View source
watch 01:36
We're Getting Mutants in the MCU - The Loop
Do you like this video?
Play Sound

The Runner Verse is a now-defunct multiblog story co-created by Dr0Shadow, PyroGothNerd, and Seadrus. This Verse is inactive for the foreseeable future due to a lack of interest in (or outright displeasure with) the current state of the story.

NOTE: All works bellow authored by the aforementioned creators are now defunct and abandoned.

The Fears in The Runner Verse have human-like personalities and pay more attention to mortals, making them more comparable to Greek gods than Lovecraftian horrors. It's suggested that they're more democratic than other portrayals, voting on decisions and being very strict about the rules of The Great Game. It has also been seen that the stability of the Fears existence is very unstable, leading to Fears splitting into others, mortals becoming Fears, and shard fragments amalgamating into new Fears. Fears are also know to be stripped of most of their power and imprisoned because they broke the rules, leading them to being what are known as Fallen Fears. 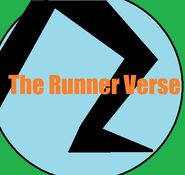 Drawn by PyroGothNerd
Community content is available under CC-BY-SA unless otherwise noted.
Advertisement